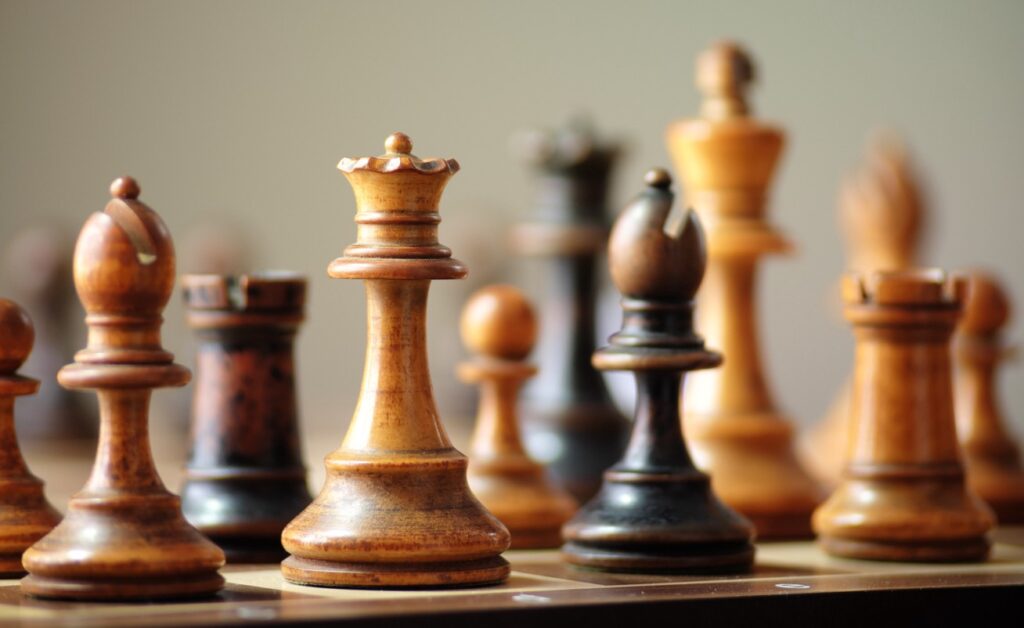 I have discovered a new addiction (oy vey — just what I needed 🙂 ): playing chess against my phone. But since I have no chance at all on a new game against my phone (I believe even phones play grandmaster level these days — yikes), what I do is start a game between the phone and the computer, taking it (mostly) until the end, back-track to the decisive moves to where the computer starts getting an advantage, and then taking over on the phone to win. A 3 point advantage is usually enough for me to win. The computer does always win of course, as it has stronger hardware and the best free chess engine, which is Stockfish.

It is quite fascinating to watch a good computer play chess, because it will regularly sacrifice pieces and you will go “whaaat???”, and  then of course you will  figure it out and be amazed. I believe this to be the best way to learn to play good chess, maybe even better than human opponents. And it’s more fun because you win every time

. It is an especially good learning tool in the mid-game and end-game. It won’t help you much with openings or early game, you will still need to find and study an opening book or a general chess strategy book. I don’t need to tell you (in case you have missed Queen’s Gambit) that to be a really good chess player it will need to become an obsession. We don’t want to go there, we just want to have fun

It did take me a while to figure out how to use the Arena GUI, which is not especially intuitive. This will be a bit of a tech geek-out article.

On the phone, any chess program will do. Set it to the highest level possible and start a game. You will play black and the phone will play white, but in fact the computer will be playing black. You just copy the moves between the two devices until you feel confident enough to take over the game and play against the phone without any help.  When the phone then catches you in the inevitable stupid blunder (despite your advantage), just back-track the phone to the position you know and try again. Sometimes when you back-track, however, the phone will make a different move, and you may need to go back to the computer to try and figure out the best response. You will need to become familiar with the Arena GUI for that, specifically in terms of entering variations. This is covered below.

The Arena GUI is a bit overwhelming so let me guide you through the key things you need to know.

First reverse the chessboard with Options > Flip Chessboard view, so you are playing black facing white.

Arena is a professional chess GUI so it will be running clocks. You need to keep your eye  on your clock so you don’t go over. To do this, start at level “Blitz 2/6”, play out the opening through mid-game, and then change to level “40 moves in 10 minutes”, or more.  The phone is actually faster in the openings stage than Stockfish, so you will probably either need to pause the white block after black moves (use right-click on the white clock), or else right-click > “add time” on the white clock.

Before you begin playing with Arena, clean up the movelist display: you want only the main game and variations, not all the analysis data that is just confusing. Do Options > Appearance > Movelist and use these settings:

And then, optionally, add a sound for moves made in the “Sounds” tab.

And  then play. Transcribe the moves between the phone and the computer until you feel ready to play the phone until death (don’t wait until two moves before checkmate

). You can hit the “Gear” button (see below) on Arena either to force a calculation (for instance, you want to see what the computer would do if playing white), or if its taking too long and you want it to give you the best move it has found yet. You can also use the “Edit” button to play out a sequence manually, without any calculation.

Look on the move timeline to see how well you are doing (consider taking over once you get an advantage of 3 points or more):

The tricky thing is backing up and inserting a variation, in case the phone does something randomly different than what it did before, and its got you stumped — the phone will do that, especially once you put it under heavy pressure. This is what took me a while to find out. See the diagram below:

In this example: you can see (from the moves list) that white has moved White Bb5 (Bishop to b5), and you want to change that to, say, Bc4.

First, backup the cursor (cursor left or right works, and you can also click on the movelist), to the move before the one you want to change. In this case the previous move is Black Nc6. Then select the white bishop by clicking on it. Notice the border turns red (if there is another selected piece on the board, you will need to first unselect it). Then click on the place you want the bishop to go. It will bring up a dialogue “Overwrite” or “New variation”. Choose the one you want: if you want to backtrack a stupid mistake, choose “Overwrite”. Otherwise just try “Variation” and it will open a new variation in the movelist.

That’s all you need! Hours of fun. If you get addicted, don’t blame me

(Comes out monthly, at most)