This note has two chapters as I have been in two different worlds for the last two weeks.

From Guatemala to Mazunte, Mexico (9 days) 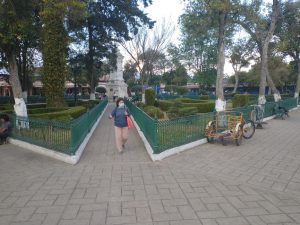 This was supposed to be a vacation, but it was hardly that. To begin I was still processing the extraordinary events of my time in Guatemala: deep connections, powerful groups (counting about 12), and important engagements in the intentional community and crypto spaces in which I am having considerable impact. This was ongoing in that week of travel. I was working.

Then add to that: 3 days of bus travel, a lot on winding mountain roads which made me sick, ending with a 12 hour night ride from San Cristobal Las Casas to Pochutla, in which I hardly slept. I was so brain-dead on my arrival that I forgot my luggage in the bus, which then left. I ran after it yelling in the street, it did not stop; a taxi pulled up, we chased it, the driver pulled in and retrieved my luggage, complaining bitterly that he wasn’t allowed to stop. I am sorry to say, I felt no empathy for him.

Then add to that again: some ongoing somatic  (or maybe psycho-spiritual) de-stabilization that I don’t know the source, and which appears to have only one cure, as usual with  me: EXCITEMENT. Then dealing with loneliness, boredom, self-doubt (WTF is the point of it all? Am I really just delusional about all my successes?  Or maybe just too old for third-world adventure travel?). Add to that: all the usual logistics and decisions around travel, communications, banking, required Covid tests, Mexico immigration, US government mailings, etc… all this got successfully handled, somehow. 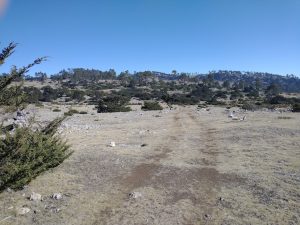 This is the story of my last week, which ended a week ago Monday morning, after my wild chase of the bus in the streets of Pochutla. I also did a side-trip to a mountain town called Todos Santos Cuchumatan, and some hiking there, which I was hoping would be relaxing. But at 12,000 feet I had altitude sickness and did not go far. It was beautiful however. Much like Wyoming’s Snowy Range, actually 🙂 .

And finally: this happened in the first week of Hridaya, while I was still working (I am not working anymore, except for this post): I got some amazing feedback about my new book, which inspired me to  finally finish it!!! (There was a problem with the introduction that had me stumped, but I solved it). You can read the new introduction  at  Broke, Single, Crazy and Old, and sign-up from there if you want to be a reader or reviewer. It will be launched as soon as I have enough reviewers. I have been writing this book for 20 years, so this is a pretty big deal. 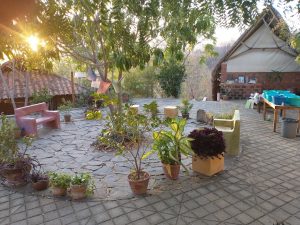 It’s taken  me over a week to settle in here and start to relax into the practice. I came in with a lot of “stuff” (over-active mind) as you can see from the above, and then the new book came to me shortly after I arrived, which didn’t help. Other than that, no real complaints. The food gets a little old, I supplement with canned tuna and sardines (sardiness have never tasted so good). I sometimes eat at nearby restaurants.  I have been using instant coffee, but I am thinking of cutting that off for the final two weeks here.

I have one of the rare private rooms (the others stay in over-crowded dorms or nearby hotels) with perfect Mexican 4G and a work-space (this is unexpected). Its 5 minutes walk from the ocean. The weather can be uncomfortably hot during the day, but mornings are sweet.

The program schedule is “sane”: it’s about 4 hours in the morning starting with 7am meditation, a 4-hour lunch break, and then another 2 hour session. There is a lecture in the evening that I usually miss. There is a weekly kirtan and a weekly Heart Circle both of which have been wonderful.

I was a bit concerned because Hridaya comes from the same tantric lineage as the infamous Agama Yoga (I was there in Thailand in 2014-2015, and in 2019 it went down in flames); but there is otherwise no connection between the two lineages. Note as well that the founder of the Romanian source lineage of both Agama and Hridaya, which is called MISA, has gotten into deep trouble. Maybe Hridaya is the “prodigal child”. I have a pretty good nose for cults, and there is none of that here.

The most important  thing I want to say is that the program has been a complete and also welcome  surprise to me.The first week was excruciatingly slow (WAY too much talking), but in week two they are turning up the heat. The surprise is that it’s unlike any other “yoga” that I have done (nothing like Sivananda for instance, that I know well and love), in that the focus is ultimately on witness consciousness. Its a kind of meditation-in-motion, or maybe prayer-in-motion. The postures are held for a long time, you are discouraged from pushing or forcing, and you are supposed to be constantly asking yourself Ramana Maharshi’s self-inquiry question as you are being with the posture, “Who am I?”

Anyway: this is the longest retreat I have ever done (3 weeks), it has full integrity, and I have no doubt that the teaching is powerful. I have spent the first 9 days in my usual mishigas, but something is happening: I am happy – that alone is kind of amazing – and there are two more weeks left. It’s hard to say whether I will get permanent benefits (I have done four, ten-day meditation retreats already, all of them some kind of torture) but I am now committed to giving it my best.

And soon back to the communist commune…

Another strange thing: after close to 3 months traveling among different communities, formal or informal, my home-commune Solidarity Collective is looking pretty good to me. My complaints have evaporated. Of course it’s partly the prospect of perfect climate for me (it’s still quite cold there) and having control of my schedule and my diet. I have a full-plate of projects when I get home, mostly in the self-care department, plus a lifetime dream I have to dedicate a whole summer to playing tennis. But even beyond that, I am enjoying a complete identity-shift from this trip. I am losing the will to complain about anything, especially about my life.

This is pretty radical.

I am going to leave you with this poem. It speaks to me in terms of “chess game with God”, I can relate to that:

What is the difference
Between your experience of Existence
And that of a saint?

And that the Beloved
Has just made such a Fantastic Move

That the saint is now continually
Tripping over Joy
And bursting out in Laughter
And saying, “I Surrender!”

Whereas, my dear,
I am afraid you still think
You have a thousand serious moves.”